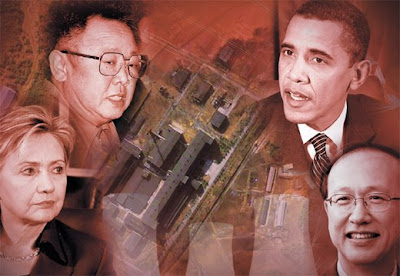 Advices for the Obama administration on North Korea policy are flowing in. As President Obama talked of "direct and aggressive diplomacy with North Korea" during the campaign, the tone of expert advices call for renewed and sustained diplomacy to reach a mutually-satisfactory, negotiated settlement.

Leon V. Sigal, a former State Department official with extensive Korea policy experience, calls for "the Obama administration ... to propose a comprehensive menu of sequenced reciprocal actions to end enmity and reconcile with North Korea, easing its isolation and insecurity. In return for a new political, economic, and strategic relationship with Washington, Pyongyang needs to agree to satisfy international norms of behavior, starting with steps to halt exports of nuclear and missile technology--along with nuclear and missile tests--and then move to eliminate its nuclear and missile programs." See more. [Photo: The Korea Herald]