Madagascar To Become a Colony of South Korea? 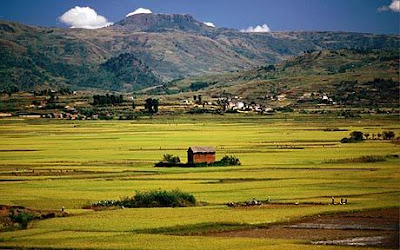 With little arable land at home but with much cash, a South Korean firm tried to lease a hugh tract of farm land in Madagascar (roughly a half of the African island-state's arable land) to grow crops for export and consumption for Koreans. [Photo: Getty Images] But this proposal has been put on hold after the Malagasy people protested that it would make them a "South Korean colony" or a victim of "neo-colonialism." It doesn't help that the idea of a 99-year lease of the land in Madagascar sounds eerily similar to the 99-year lease on Hong Kong colony that the Great Britain extracted from China. This is ironic since Koreans harbor deep resentment and victimization of colonialism, from Japan, and so the land transaction idea should be dealt with caution and sensitivity to the Malagasy people.

Thanks for sharing this with us! Some really amazing features.