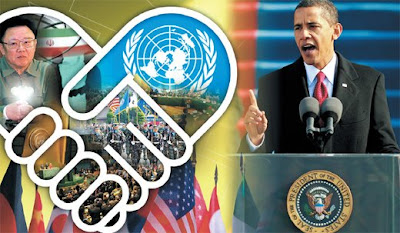 Followup to The Obama Administration and North Korea Policy

Perhaps the Korean Peninsula/Northeast Asia is not yet a priority foreign policy issue for the Obama administration, but as "Obama and Biden will forge a more effective framework in Asia that goes beyond bilateral agreements, occasional summits, and ad hoc arrangements, such as the six-party talks on North Korea" (From the White House website), a more proactive diplomacy towards North Korea is needed rather than waiting for the next six-party meeting. The first step towards that may be the establishment of a U.S. liaison office in Pyongyang, an idea that circulated during the engagement-phase of the later George W. Bush administration but which never materialized.

With these developments, the Obama's foreign policy team should quickly form an able Korea policy team and engage in active diplomacy with North Korea. See recomendations from American and South Korean commentators. [The graphic image above is from The Korea Herald]