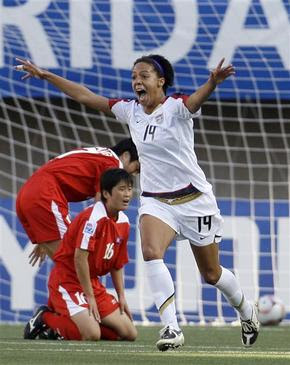 While the U.S. and North Korea are hammering out the differences in the six-party talks, the women's soccer teams are fighting out for the top prize in the world. In less than three weeks, the teams from the two countries faced each other again for the FIFA World Cup finals, this time for the U-20 championship in Santiago, Chile. The U-17 championship was won by the North Korean team on Nov. 16, and the U-20 tournament was won by the U.S. team, defeating the defending North Korean team, on Dec. 8. Both countries came out as winners -- seems that is fair.