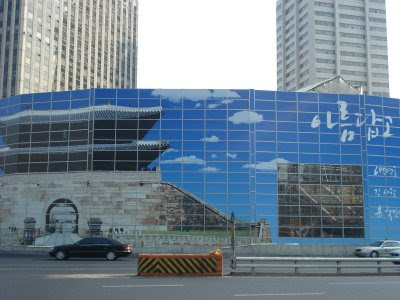 The 600-year-old Namdaemun ("The Great South Gate," the original name is Soongraemun), destroyed by an arsonist in Februray of this year [see KR posting], undergoing renovation. 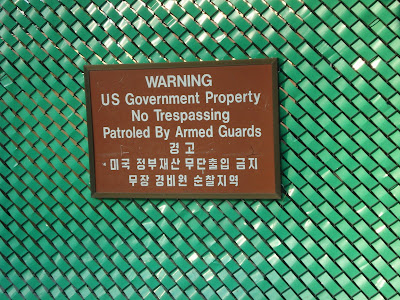 In the heart of Seoul, one runs into this sign, at the Yongsan Garrison, the headquarter of the U.S. Forces in Korea. The U.S. armed forces took over this garrison from the Japanese colonial army in 1945, disregarding Koreans' aversion to the symbol of colonial occupiers, and has maintained its presence since that time. Within its gated compound, the Yongsan base has a suburban U.S. look with manicured lawns. The days of this anachronistic remnant of U.S. military presence in the bustling cosmopolitan city of Seoul are numbered, as the base is slated to move south to Pyeongtaek by 2013. A small parcel of the base was turned over to Korea, which was made into a family park and the location of new and expanded National Museum of Korea (below photo). 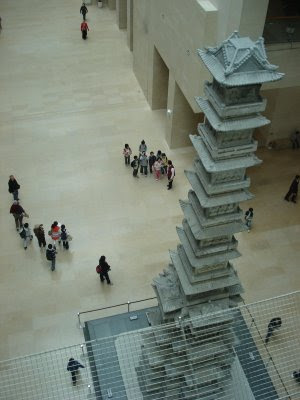