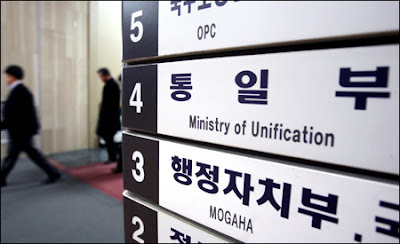 Looks like president-elect Lee Myong-bak got an early taste of political reality as his party failed to attain legislative majority or mandate to push forward with a plan to disband the Ministry of Unification. With a general election coming up in April, Lee may not want to portray himself as strong-handed or unwilling to compromise with other soon-to-be opposition parties.

This would mean that there would be at least a continuity in the inter-Korean governmental channels and relations, albeit with new officials who will approach the issues and dealings with North Koreans differently.