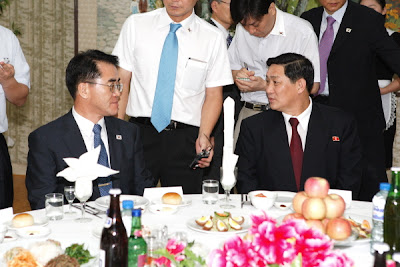 The transition team for South Korea's president-elect Lee Myong-bak is said to consider disbanding the Unification Ministry (Tong-il bu) or merging it to the Foreign Ministry.

That would be a mistake. During the past decade, the Unification Ministry oversaw diverse and accelerated inter-Korean exchanges and cooperations that have brought divided and separated Koreans together and helped dispel mutual animosities and distrust. The Ministry also set forth a coherent reunification policy for the South Korean government that had been hampered in the past by the Cold War logic and the draconian National Security Law, which played part in suppressing non-governmental efforts toward inter-Korean reconciliation. Is the new South Korean goverment trying to turn back the clock a decade or so back?