Letter from Colorado: Reflections on 2007 from Former Missionary in Korea 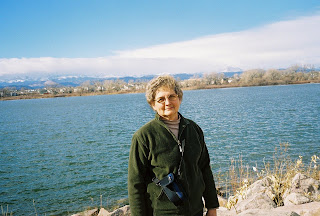 Guest Commentary from Dorothy Ogle
[Along with her husband George Ogle, Dorothy was a United Methodist Missionary in South Korea from 1960 to 1975. After returning from Korea, Dorothy has been an activist on issues of Korea human rights, peace and reunification. She visited North Korea in 1984 as a member of the American Friends Service Committee Peace Delegation. She worked for the North American Coalition for Human Rights in Korea in Washington DC. She also was employed by the National Council of Churches of Christ to do education and advocacy, related to NCCC’s 1986 policy statement on Peace and the Reunification of Korea. In the U.S. Congress, she advocated for New Directions in U.S. Korea Policy as recommended in the policy statement. She is currently a member of the National Committee for Peace in Korea. Dorothy and George Ogle now live in Lafayette, Colorado. Their continuing wish for peace and reconciliation in Korea is evident in the following excerpts from their season's greeting message. -KR editor]

This year has brought much joyful news from Korea. The first of the year we had a telephone call from some of the wives whose husbands had been put to death by South Korea ’s military dictatorship in April 1975 (the Inhyukdang case, see related Korea Report post), a few months after George had been deported for speaking out on their behalf. The wives shared with us their great joy that the verdict of a retrial was that their husbands had been innocent —the whole case against them was a fabrication. In September the families were awarded reparations—the largest amount ever given by the South Korean government. This brings relief to decades of suffering.

Then in early October, there was a breakthrough that could end the North Korean nuclear crisis. An agreement was signed by both North Korea and the United States, and already there is a U.S. team in North Korea dismantling the nuclear facility. A few days later, the leaders of north and south held a summit in the north where they agreed to put in place a process to replace the 1953 truce with a peace treaty, and they agreed to move forward with many cooperative projects. Shortly after that, the Prime Ministers met in Seoul to work out the details of the economic projects. In December 11, the first cross-border freight train began operation and will continue every weekday, slashing the cost of transporting goods to and from the jointly-run Kaesong Industrial Zone just north of the border. In February 2008, the New York Philharmonic Orchestra will play in North Korea. Hopefully there will be more opportunities for reunions of separated family members. There is still a long waiting list.

As we write this letter, Koreans are about to hold a presidential election, and for the first time in ten years, a conservative is in the lead. The last two presidents have had “constructive engagement” with North Korea as their main platform. Koreans are upset with the current President Rho Moo Hyun for many reasons. Among them is the deployment of Korean troops in Iraq, the Korea-US Free Trade Agreement, rising prices of real estate and increasing gap between the rich and the poor. But the progress in cooperative economic ventures with North Korea is likely to continue because the majority of the people are supportive. In fact they are clamoring to take advantage of new opportunities for tourism in the north.