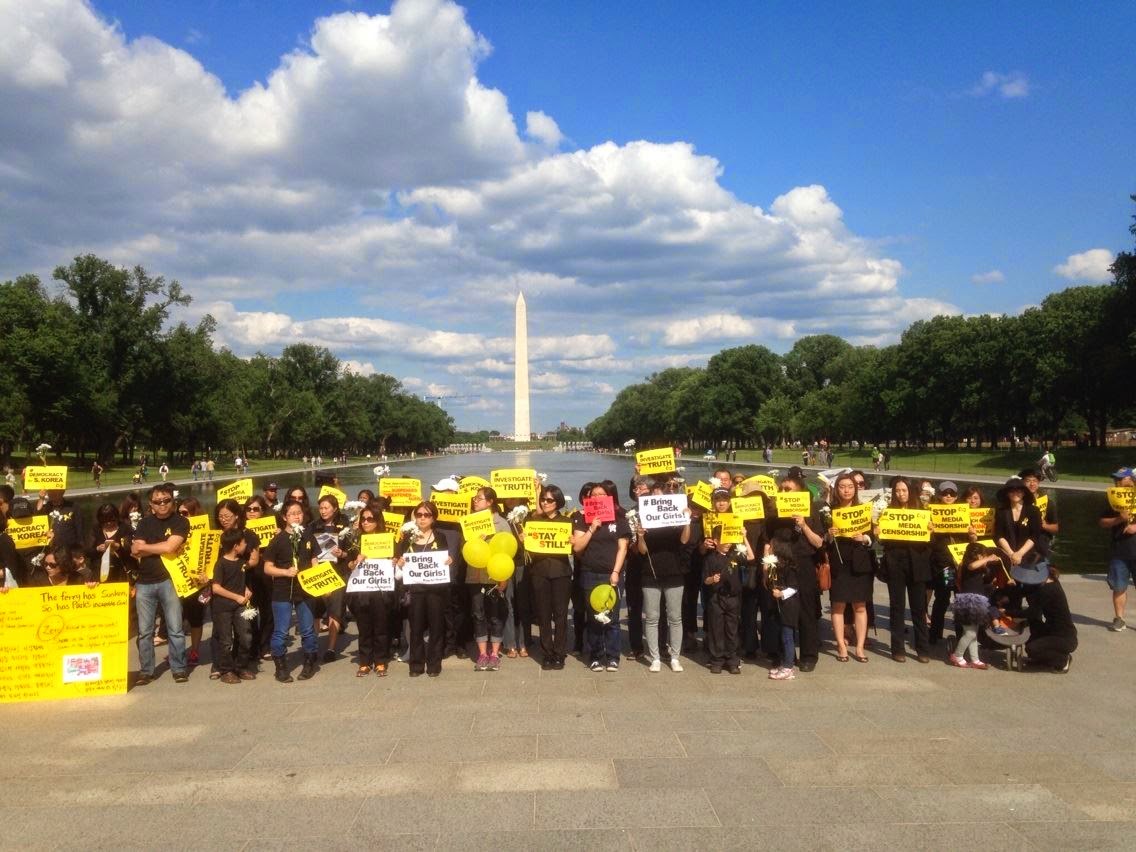 Anger towards the South Korean Government's handling of the Sewol Ferry Accident is escalating within Korea and overseas Korean communities. Tens of thousands came out on the streets of Seoul in candlelight vigil in memory of the young victims of the tragedy, for which the government authorities responded by arresting some of them. Whereas President Park Geun-hye has apologized and has promised sweeping changes in governmental agencies handling responses to natural disasters, many Koreans feel that the government has not done enough to alleviate deficiencies in dealing with natural disasters and saving lives.

In the U.S., MissyUSA, an online community of Korean women, is leading a campaign to raise this issue by placing full-page ads in The New York Times and The Washington Post, and staging protests in major cities with Korean-American community (the above photo shows a gathering in front of the Lincoln Memorial on May 18).