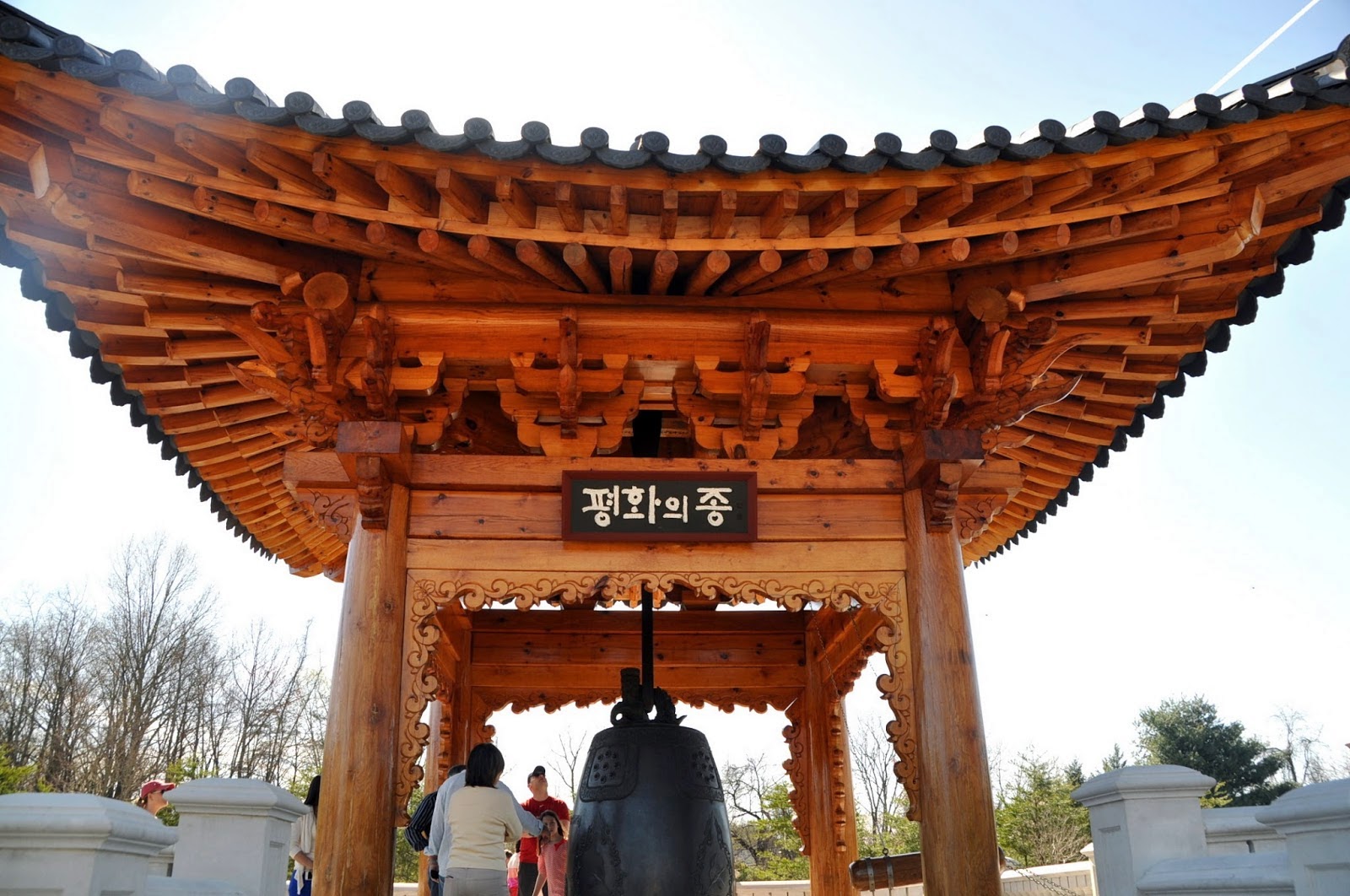 Whereas Cherry Blossoms Festival in Washington, D.C. and Japanese gardens in U.S. parks such as the Japanese Tea Garden in San Francisco remind Americans of the link between Japan and the U.S., artifacts relating to Koreans on public display in the U.S. are very few. Only a handful of U.S. museums have a room devoted to Korean cultural artifacts.  An exception to this can be found in Northern Virginia,  where Korea Bell Garden was constructed within the Meadowlark Botanical Garden in Vienna, in commemoration of the Korea-U.S. relations. The garden consists of pagodas, walls, a peace bell, pond, totem poles, and plants native to Korea.