Military Spendings on the Rise in East Asia 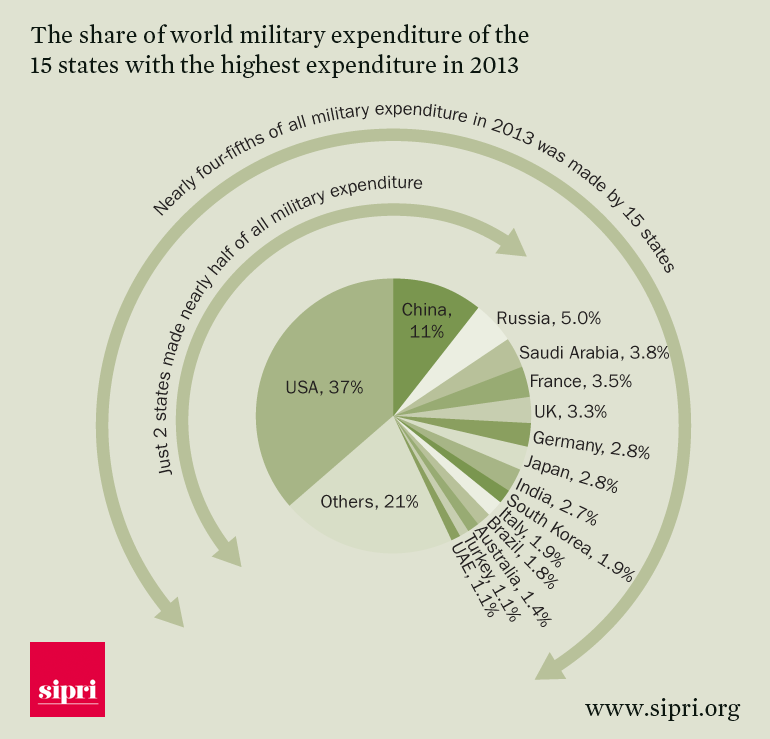 According to the latest report ("Trends in World Military Expenditure") from the Stockholm International Peace Research Institute (SIPRI), the global military spending has gone down 1.9% from the previous year, yet it is still a staggering figure of $1.74 trillion.

Globally, there is a need to drastically cut down on military spending, freeing funds that can go towards programs aimed to curtail poverty, economic disparities, and environmental degradation.