A series of events are planned in Washington, DC around July 27, the day the Korean War Armistice was signed sixty years ago, including advocacy visits and meetings, march and rallies, and film showing and discussions. Click and see below schedule for details. 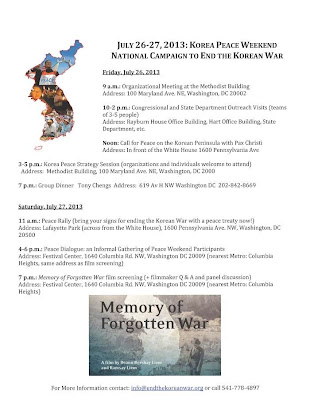