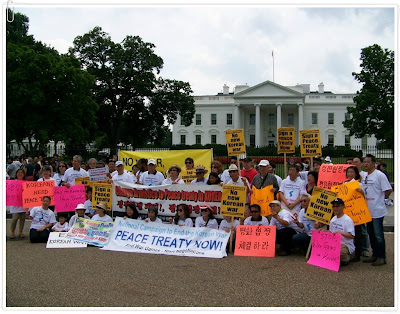 On the occasion of the 60th anniversary of the signing of the Korean War Armistice Agreement on July 27, when the official events in Washington, DC focused on the Korean War veterans, a contingent of peace activists and concerned citizens -- both Koreans and Americans -- came together in D.C. for a series of events to highlight the fact that the Korean War is not officially over since peace treaty was never signed to end the war, leaving the Korean Peninsula in a perpetual state of semi-war that drains manpower, resources and maintains volatile tensions. Similar actions occurred in South Korea as well, demanding signing of peace treaty as a step towards a peaceful resolution in Korea (see below photo). 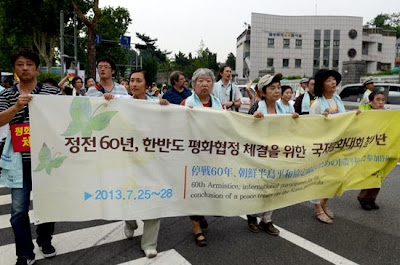 Labels: Activism, Korea Report News, Koreans in the US, Peace