"Are Koreans the Irish of Asia? Here’s a Case" 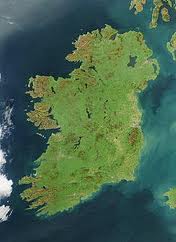 Eamonn McKee, the Irish ambassador to the Koreas, had heard the saying before he came to Seoul in 2009 – that Koreans are the Irish of Asia – but only after getting here did he begin to think it might be true.


“I think it might have been originally coined by an English woman to insult both of us,” Mr. McKee said. “You know, that we’re both emotional and entertaining and unruly and et cetera. We now both wear it as a badge of pride.”

Some people may also see that as a bit of code for a love for beer in both countries and the ease that both Koreans and Irish have finding a reason to drink it.


Mr. McKee is in the news this week because, after more than a year of ground work, a delegation of leaders in the joint government of the Irish Republic and Northern Ireland is in Seoul to share lessons from a peace process that took more than two decades. READ MORE