South Korea's Local Election: “This is the people’s verdict on Lee Myung-bak’s arrogance” 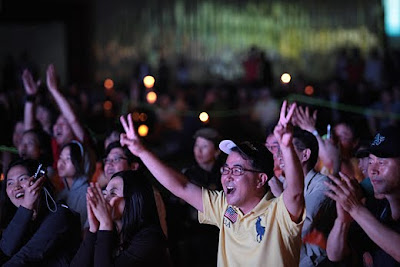 In a rebuke to the Lee Myung-bak government, voters chose opposition party candidates far more than those from the ruling party in the local and regional elections held in South Korea on June 2, thereby choosing prudence instead of going along with the ruling party's war hysteria on the aftermath of the Cheonan incident. The public sentiment and large voter turnout indicate wide dissatisfaction with the Lee administration's unpopular policies such as the "four great river" project. In the race for Seoul mayorship, former prime minister Han Myung-sook of the opposition Democratic Party lost by mere 0.7% vote difference.