North Korea and the Gulf of Mexico Oil Spill? 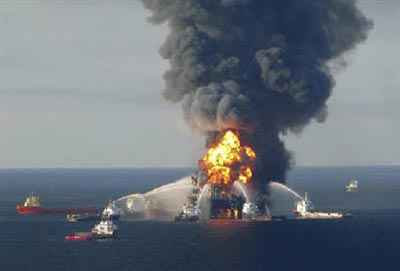 America's favorite and ever-present bogeyman is back in the news -- in a ridiculous and incredulous way. Some folks on the internet, without any concrete evidence, are alluding that North Korean torpodo was responsible for the oil rig explosion that caused the masive oil spill. North Korean submarines off the U.S. coast? -- Sounds like a James Bond movie.

In South Korea, in absence of conclusive finding, the government is alluding that North Korea was behind in a "torpedo attack" that sank Cheonan warship several weeks ago. As the South Korean authorities contemplate "retaliatory measures," the Korean Peninsula is again tossed into uncertainties of high military tension.