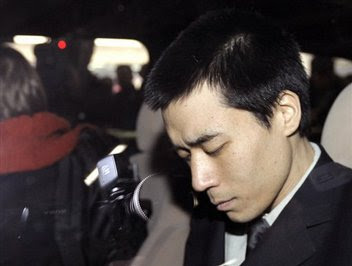 News item: Robert Park (photo), a Korean-American missionary is released from North Korea after 43 days of detention following his illegal entry into North Korea via the border with China.

Something is amiss here. Was his turnabout a condition for his release? Park has remained silent since his release. He needs to shed light on what had transcribed, otherwise his venture will remain an isolated incident by a daring but irresponsible individual.

Labels: Koreans in the US, North Korea, People