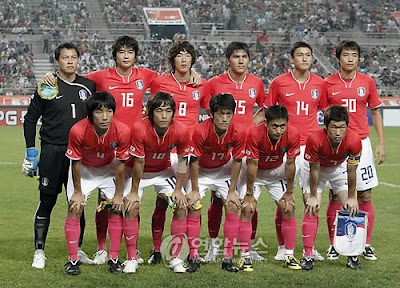 Koreans were thrilled that both sides of Korea qualified (the first time that both teams qualified together) for the 2010 FIFA World Cup in South Africa. [Top photo shows the South Korean team and the bottom photo shows the North Korean team. (Yonhap News)] Now it looks like both teams will face strong teams in the group stages. North Korea was placed in a "Group of Death," with Brazil, Ivory Coast, and, ironically with, Portugal -- the team that eliminated North Korea in the 1966 World Cup quarterfinal game. South Korea goes against strong teams Argentina, Nigeria and Greece. 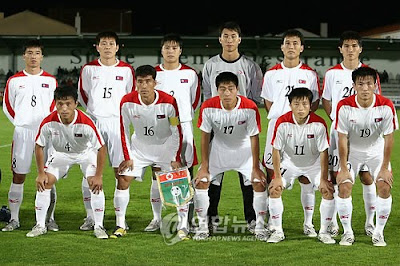