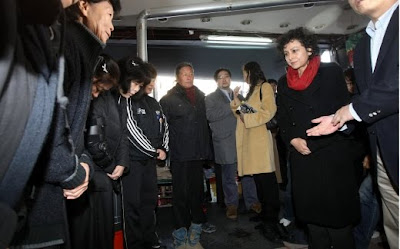 South Korea has lately been cited by the Amnesty International on human rights issues. South Korea has made progress on human rights over the decades but “room for improvement" remains, according to the Amnesty International's Secretary General Irene Khan [photo, on a visit to Yongsan tragedy site] during her visit to South Korea. She called on the government to put into place mechanisms to improve and monitor policing, particularly of public protests, and to better protect the rights of migrant workers.