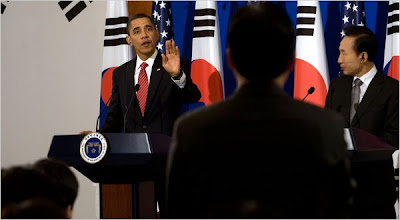 President Barack Obama visited South Korea towards the end of his Asia trip on Nov. 19. Though the summit took place amicably (The New York Times photo above shows the news conference after the summit), the public reception on the streets was divided into two camps, one with enthusiastic welcome (middle photo from the OhMyNews) from the conservative forces that stresses the two countries' alliance (some even calling for the reversal of the U.S. decision to relinquish wartime control of South Korea's military), and another camp that harbors critical views on the Obama administration's pressure on South Korea to send military troops to Afghanistan (bottom photo). 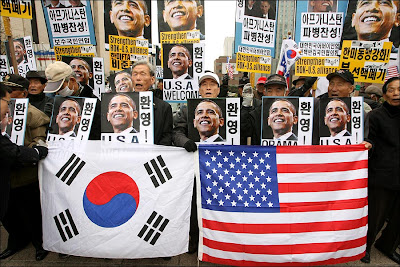 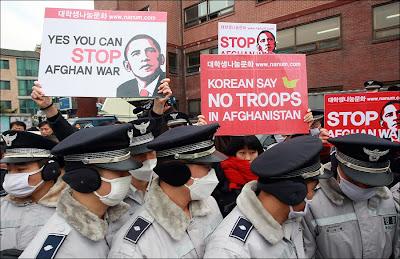