"The Case of Economic Engagement with North Korea" 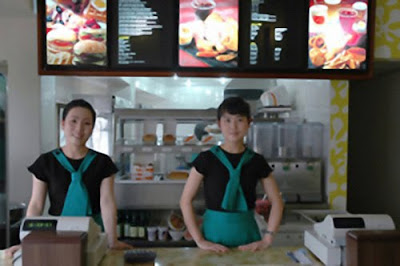 While the U.S. government and the media are preoccupied with the nuclear weapon issue in dealings with North Korea, there are other voices calling for alternative approaches, such as economic engagement, as the following summary from a recent report shows:

An Asia Society/U.C.-Institute on Global Conflict and Cooperation Task Force Report focuses on economic engagement with North Korea as a peaceful means of inducing change in the DPRK. As the likelihood of some form of US-DPRK talks increases, this report proposes a fundamental rethinking of Washington’s approach toward the DPRK. Economic engagement, properly integrated into a system of sanctions, can transform North Korea into a country that can better provide for its people’s welfare and engage with other countries in a non-hostile manner. As the report shows, North Korea’s history of experiments with reform is limited, and domestic resistance to transition is formidable. But recent trends and tentative past efforts suggest some impulse toward reform and opening from within. North Korea should be actively engaged from the inside to encourage change in its domestic and foreign policy.

[Photo: As an indication of economic change in North Korea, a Western-style fast food restaurant recently opened in Pyongyang.]

Very effective product. I love it.