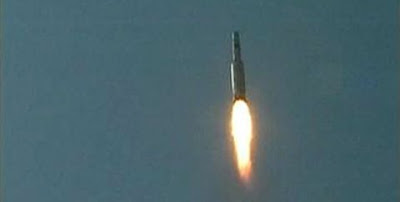 With North Korea's second nuclear weapon testing and test-lanching of several missiles, and its announcement that the Korean War armistice is void, and the response of South Korea joining the US-led Proliferation Security Initiative (which North Korea considers an act of war), things are spiralling down to another escalation of tensions in the Korean Peninsula.

Rather than contemplating military approaches to the current situation, all sides should think about diplomatic breakthrough that will avert another catastrophecal conflict in the peninsula. Among those who favor this approach is Leon Sigal, a former State Department official who has visited North Korea with Korea experts and scholars.

His main arguments in an article, "Punishing North Korea Won't Work," from the Bulletin of Concerned Atomic Scientists are:
-- Despite Monday's nuclear test, the latest North Korean nuclear crisis really began last June, when the Bush administration began unilaterally rewriting an agreement with North Korea.
-- During her February trip to the region, Secretary of State Hillary Clinton went out of her way to antagonize North Korea in order to reassure Japan and South Korea.
-- Sustained diplomatic give-and-take that holds out a new political, economic, and strategic relationship between Washington and Pyongyang would be a more productive strategy.

... The only way to do so [denuclearization of North Korea] is to probe through sustained diplomatic give-and-take. That requires offering meaningful steps toward a new political, economic, and strategic relationship--including diplomatic recognition, a summit meeting, a peace treaty to end the Korean war, negative security assurances, and a multilateral pledge not to introduce nuclear weapons into the Korea Peninsula as well as other benefits to its security, agricultural and energy assistance, and conventional power plants if possible or nuclear power plants if necessary. In return the United States would get steps toward full denuclearization.