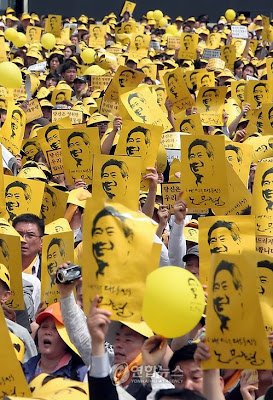 Koreans said farewell to the late former president Roh Moo-hyun during a massive state citizen funeral on May 29, the biggest South Korea has seen. [photos from various sources] The large turnout and continuing show of grief indicates the huge popularity of Roh, despite some setbacks of his administrations and the prosecutors' investigation. Anger and resentment now have been directed to President Lee Myong-bak's administration, with calls for apology in handling the investigations and the reversion to strong-hand repression of public assemblies and demonstrations. 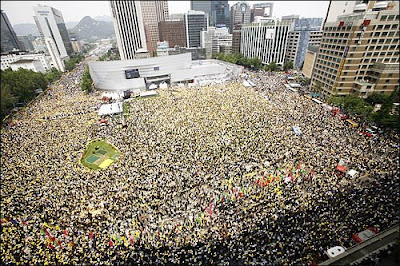 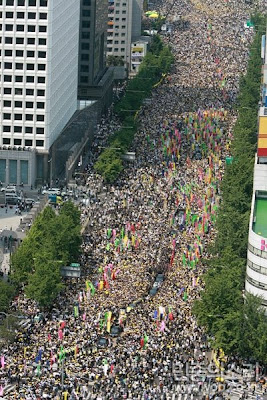 An American peace activist was in Seoul during this time and has reported on the events, overt police presence, and the works of the Truth and Reconciliation Commission (investigation of the Korean War atrocities on civilians) on his blog.