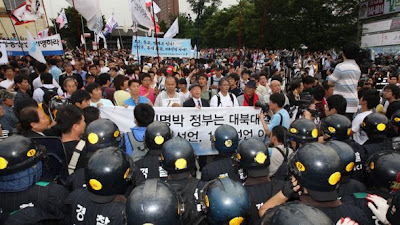 From the historic, first-ever inter-Korea summit meeting in 2000, June 15 Joint Korea Declaration (on peace, reunification and cooperation) came into being, setting forth a decade of steady increase in inter-Korea exchanges and cooperation to an unprecedented level. But the current Lee Myung-bak administration is reversing the trend by not even recognizing the June 15 inter-governmental declaration, which resulted in the freeze and reversal in inter-Korea relations and exchanges.

Whereas previous anniversaries on June 15 brought Koreans from both sides in cultural and sporting events in celebrations alternating in Seoul and Pyongyang, this year's anniversay was marked by police prevention of public rallies in South Korea (above photo in Seoul).

Meanwhile, the overseas committee for the June 15th Committee held a rally at the Lincoln Memorial steps in Washington, DC (see below photos). With candlelight, participants marched to the adjacent Korean War Memorial to highlight the call for "peace in Korea" and "no more war, peace treaty now." 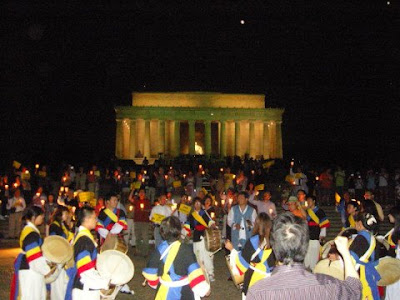 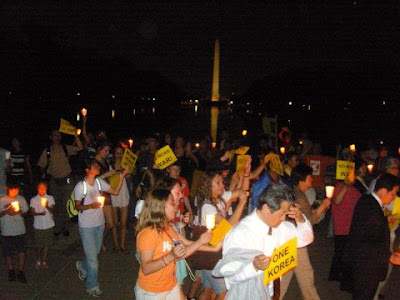