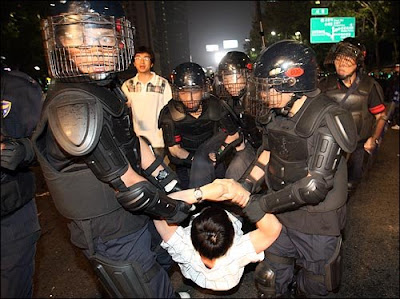 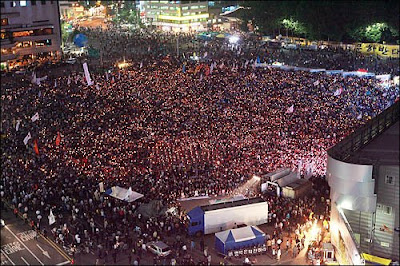 More than 10,000 Seoul citizens came out for the "June 10th Rally for the Restoration of Democracy in South Korea" (on the occasion of the 22nd anniversary of the June Struggle of 1987 which brought democratization to South Korea). Dissatisfied with the Lee Myung-bak administration, representatives of all opposition parties (below photo) came out in protest, and the citizens demanded "MB Out" ([Lee] M[yung] B[ak] Out). The police responded harshly by disbanding the gathering with force and arrests, reminiscent of the old days of repression during military dictatorships. In another development that is similar to the pro-democracy struggles of the past, professors and lawyers are publicly proclaiming "national emergency statements," asking the government to redress wrongdoings. 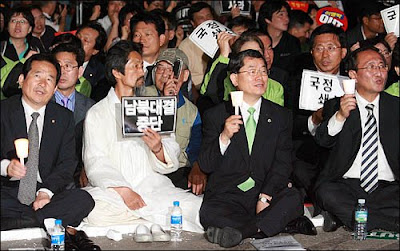 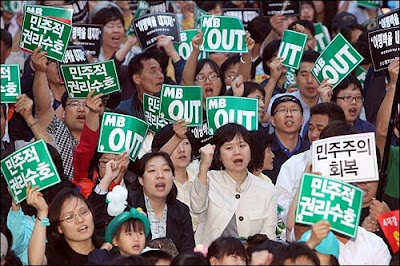