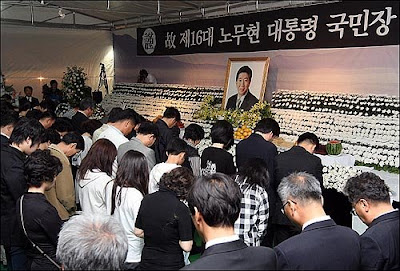 In the seventh day, Koreans are still mourning the death of former President Roh Moo-hyun. At Roh's hometown Bonghwa village in southeastern Korea, more than a million came to show respects to the popular former president [photos top and bottom, from the OhMyNews]. 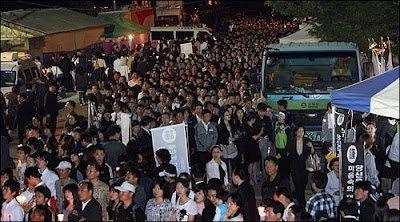 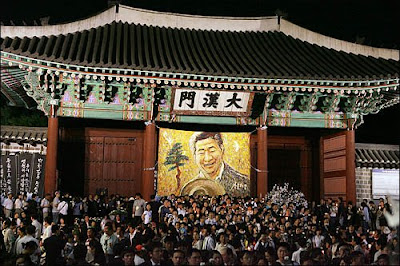 In Seoul, citizens are paying respects at the "citizen's mourning place" at the Duksoo Palace gate, rather than using the government-installed mourning place, in a rebuke to the Lee Myung-bak government's handling of the prosecution case against Roh. Fearing intensificaion of public outcry, the government has in effect quarantined the public mourning area by blockading it with buses and not allowing the citizens to use the Seoul Plaza that had been used before for public gatherings and candlelight vigils. The funeral parade on May 29 is expected to draw nearly a million mourners, making the Roh funeral the largest public funeral in Korean history. The government created another outcry when it disallowed a proposal for former President Kim Dae-jung to speak at the funeral event. 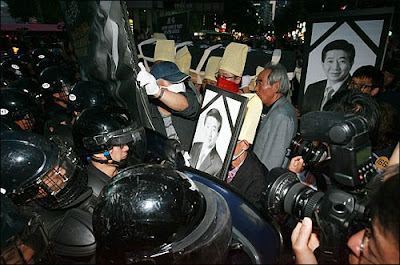 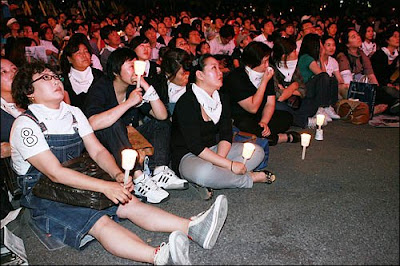 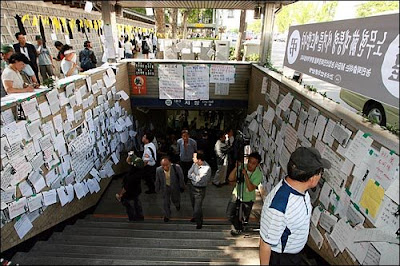