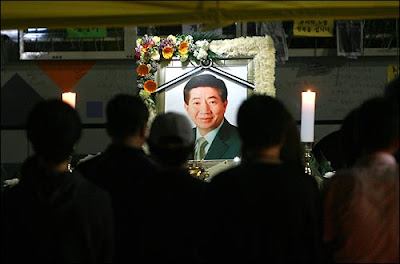 Former President Roh Moo-hyun's death came as a shock to the people of South Korea as many question the prosecutors' politically-motivated overzealness in the corruption probe that led to Roh's suicide. Fearing massive display of grief that may turn anti-government in tone, the Lee Myung-bak government has blockaded major plazas in Seoul that had been used for candlelight vigils in the past and has allowed only a limited public gathering space to express grief, which has alienated many South Koreans and has only increased anti-government sentiments. [photos from the OhMyNews] 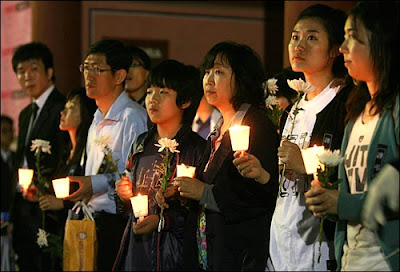 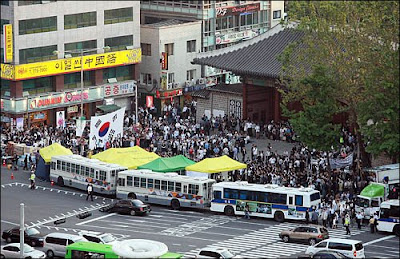 Public area of grief has been limited to the Duksoo Palace gate area with strict control of crowd flow, and the Seoul Plaza (below), the area of past candlelight vigils, is blockaded completely. 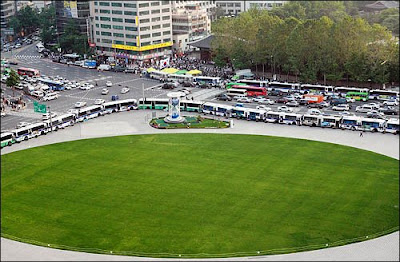