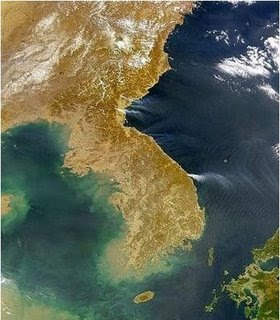 The Korean Peninsula is dangerously spiralling into yet another uncertain period of tensions as the six party talks have stalled with no breakthrough in sight. Of the six nations concerned, four nations (North and South Korea, Japan, the US) need to go beyond the usual rhetorics and stances and aggressively seek new ways to resolve the current dire situation:

North Korea: North Korea should realize that it cannot forever pursue its "have it my way" approach to diplomacy without thinking of consequences, and resume dialog and exchanges with its neighbor in the south as well as those nations concerned about peace and security in Northeast Asia. It denounced the U.N. Security Council's resolution following the rocket launch but has not walked out of U.N. membership, so it should recognize international concerns and its obligations. Kicking out international nuclear disarmament observers and suggesting a second nuclear bomb testing do not help the situation in any way. It needs to bring the situation with the detention of two U.S. journalists and one South Korean worker in Kaesong to prompt resolutions.

South Korea: The Lee Myong-bak Administration needs to reassess and readjust its overall policy on North Korea as it only seems to antagonize Pyongyang and further deteriorate inter-Korea relations. It should not throw away previous ten years of inter-Korea efforts at reconciliation, trust-building and exchanges, and seek ways to re-engage with North Korean officials. Postponing the decision to join the PSI (Proliferation Security Initiative, an international effort to deter trafficking of weapons of mass destruction) made sense in the current environment. Other policy matters can be reassessed by South Korea as it readies for the transfer of wartime operational military command from the U.S. in 2012.

Japan: Japan should not take the current opportunity to escalate tensions by increasing its own militarization. Japanese hardliners are even calling for a nuclear weapon development in Japan, which will only foster nuclear arms race in the region and defeat the purpose of denuclearization espoused by the six party process. It should seek fresh new ways to restart the stalled Japan-North Korea normalization talks.

United States: Whereas the Obama Administration is making fresh overtures to former adversaries such as Iran, nothing significant is happening with policy on North Korea, as some observers do not see any different approach from the previous Bush administration. The Obama's Korea policy team should seek new approaches to break the currrent deadlock before it escalates into a full-blown crisis.