DMZ the Singer Sings About Reunification of Korea 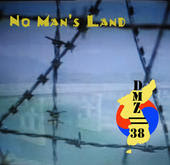 The DMZ, or demilitarized zone, in Korea is better known as a stark and dangerous area separating North and South Korea near the 38th parallel. It comes as a surprise then that DMZ//38 is also a rock band based out of the Los Angeles area, led by a Korean American singer and songwriter known as "DMZ." DMZ the Singer pledges "to never be silent until Korea is reunified and my name itself becomes a historical term" -- indicating the desire for reunification of Korea amongst younger generations of Korean Americans.

Labels: Culture, Korea Report News, Koreans in the US, Reunification