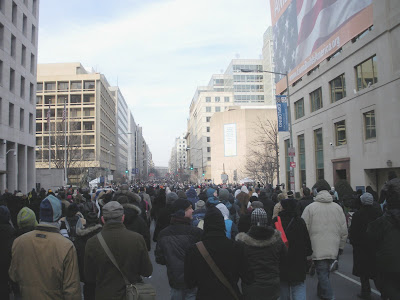 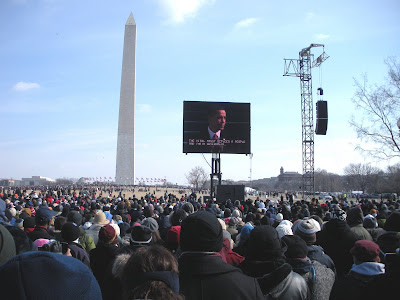 Now that President Barack Obama is in the White House [photos of the inauguration day scenes by Korea Report], how will the new administration approach North Korea? Though the Obama's administration would like to bring new energy and fresh initiatives to resolve foreign policy imbroglios, the situation in the Korean Peninsula is still mired with tensions and uncertainties.
The Six Party process for North Korea's nuclear disarmament, aid to North Korea, and normalization of relations (mainly between Pyongyang and Washington) is deadlocked -- once again. Moreover, inter-Korea relations have deteriorated so bad over the past year to the point that the border is nearly completely closed and the two sides have reverted to hostile, semi-war status of the past.
With such a harsh environment, the Obama administration will need to go beyond the piecemeal engagement approach of the later Bush administration and engage more fully with North Korea to resolve the contentious issues of the two sides -- perhaps utilizing direct talks if that would help bring a resolution. President Obama and Secretary of State Hillary Clinton should remember that President Bill Clinton had sent Secretary of State Madeleine Albright to Pyongyang in the hopes of such a resolution -- but the time ran out and the incoming Bush administration reversed course.