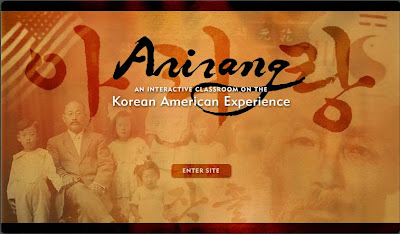 Today, January 13th, is the "Korean American Day" in the U.S., declared in 2003 by the U.S. Congress as such, and followed by some state governments, to celebrate Korean Americans on the occasion of the centennial of Korean immigration to the U.S. Jan. 13 was chosen because it was on that day in 1903 that 102 pioneer immigrants arrived in Hawaii from Korea, who worked in sugar cane fields. Now, Korean Americans number nearly two million. The U.S. is home to the second largest overseas Korean community in the world after China.

Labels: Culture, History, Korean Diaspora, Koreans in the US, Society

In this day and age, who cares? No really, who cares? Now we need an "officially U.S. Congress-sanctioned" holiday to celebrate who we are? Why? Don't we have better things to do with our time than to make up inane holidays that don't really raise any kind of cultural awareness? I mean, that's what the point is supposed to be, isn't it?

To Anonymous: It is not a holiday. It is an "annual occasion to celebrate the lives, history and accomplishments of Korean Americans in the United States, and acknowledge the many ways in which they have helped to build and enhance American culture."

Korean-American Day is no more of a holiday than the day the country celebrates your life every year on April 1st.

Anonymous Irish-American has it spot on! No one get the day off today because of this... As for cultural awareness, this very blog is doing some of that.

I am third generation, and in my 50's, yet I still run into fellow Koreans who are shocked I even exist... Cultural awareness is important both outside and inside the community. It was important for me to learn of those that have come in the "second wave" of the 1970's to now, and it is important for them to learn about us, the first wave, and their descendants, as we have a very educational and beneficial story to tell, that could help them greatly... if they are willing to hear it.