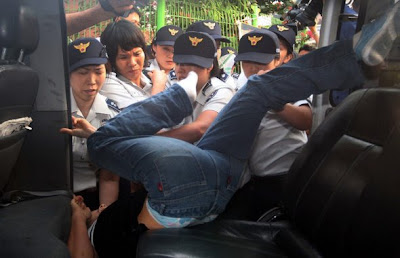 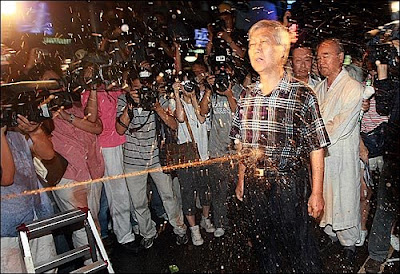 Judging from renewed, aggressive activities of protest-suppressing police in South Korea, the hard-earned South Korean democracy seem to be in regression. The police is arresting anyone with candlelight or protest sign, roughing them up in the process, and is even showering citizen protesters with water tainted with red color. The police crackdown on peaceful protests is more apparent due to the visit of President Bush to Korea, but the strong-hand policy has been in place by Pres. Lee Myung-bak after the prolonged and massive candlelight vigils in May and June. What's next? Return of martial law?