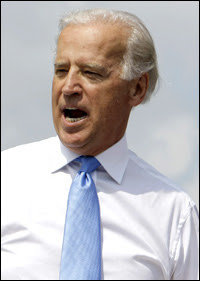 Barack Obama has chosen Joseph Biden (Delaware) as his running mate for the 2008 US presidential election.

For those who favor engagement policy towards North Korea rather than confrontational policy, Biden is a good choice. Along with Bill Richardson, Biden has long been a proponent of engaging with North Korea to resolve contending issues.

He has sponsored hearings and fora on Korea security/peace issues at the Congress, with one forum featuring representatives from both South and North Korea. His staff has travelled extensively to the two sides of Korea, to assess pragmatic steps toward resolutions to thorny issues. He and his Democratic staff at the Senate Foreign Relations Committee have pursued collaborative, bipartisan efforts in addressing Korea security issues with Senator Richard Lugar and his Republican staff. Biden's foreign policy experience and knowledge will be a great asset to the Obama-Biden candidacy. See related article.