The Case of Kim Soo-im Revealed 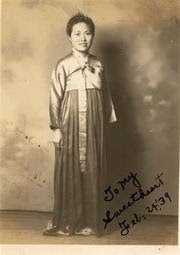 The Associated Press has been uncovering hidden history of US involvement in postcolonial Korea, highlighted with the investigations into the No Gun Ri Massacre that earned a Pulitzer for the AP.

Now, the AP covers another revelation from declassified materials in the US National Archives in Maryland: the case of Kim Soo-im (photo), who was executed by the South Korean authorities during the Korean War for espionage charges -- which turns out to be fabrications brought about through torture and covered up by US authorities for their own interests, including their own espionage operation in North Korea.