"Pyongyang Soju" Has Landed in the US 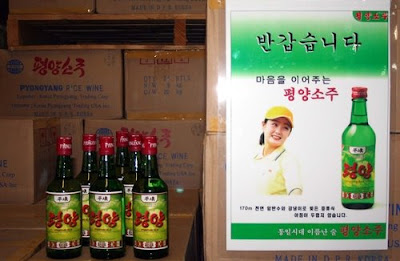 Soju (Korean liquor) that is "Made in DPRK" is now available for consumption in the US. Although this soju will likely be consumed mainly by Koreans in the US in Korean restaurants (it is available already in South Korea), it will also be available to ordinary Americans in liquor stores. It will cost more than comparative South Korean sojus sold in the US due to high US tariffs imposed on North Korean goods because the US does not have "normal trade relations"with North Korea, in addition to restrictive trade sanctions. Those restrictions under the Trading with the Enemy Act may be lifted soon as the result of the six-nation process of nuclear disarmament and normalization of relations (mainly between Washington and Pyongyang). So the Pyongyang soju may be a sign of more things to come in US-DPRK relations.