N. Korea, U.S. to Set Up Liaison Offices in Capitals 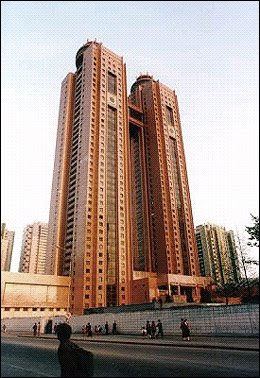 Followup to KR posting, US Diplomats Check In at Hotel Koryo in Pyongyang

Despite recent setbacks, the six-nation process on nuclear disarmament and normalization of relations seems to be back on track, as the six party conference will resume later in May. Moreover, once North Korea presents a declaration acceptable to the U.S. and delivers data on its past nuclear activities, it will likely lead to Washington taking steps to remove North Korea from its list of terrorism-sponsoring states.

This would mark the end of phase two in the three-stage denuclearization process and the start of phase three, in which North Korea would actually dismantle its nuclear program (dismantlement process at the Yongbyun nuclear plant is going on already) in return for additional economic aid and political incentives, as stipulated in the previous six-nation agreements. In the process, North Korea and the U.S. will likly operate sort of liaison offices in each other's capitals, which may serve as a step towards the normalization of diplomatic ties between the two sides.

Indeed, American officials in Pyongyang may open up a permanent office, most likely at the Koryo Hotel (pictured). Will North Koreans shop for office space in Washington, DC soon? The Lee Myung-bak administration of South Korea has proposed inter-Korea liaison offices, but this fell flat due to resumption of acrimonious relations between the two sides of Korea as the result of Lee's vocal repudiation of rapproachement policies of previous two South Korean administrations.