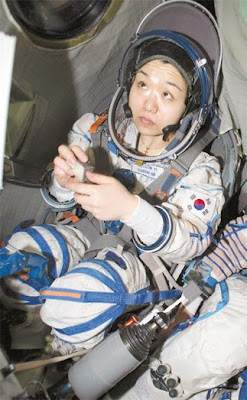 Followup to KR posting: First Korean To Go to Space in Russian Spacecraft

Yi will be an inspiration to Korean women, who still face lingering sexism from traditionally male-dominated society. It is hoped that she will carry on Ko's plan of mixing soil from both sides of Korea onboard the International Space Station to symbolize the union between people of the divided Korea.