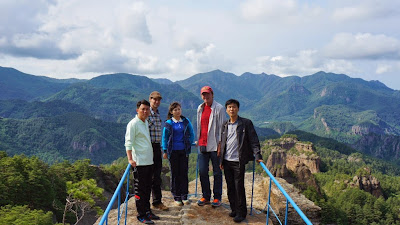 [From KoreAm, by Mark Edward Harris]

Several years ago, Andrea Lee traded a desk job as a corporate attorney in New York City to head Uri Tours, a New Jersey-based travel company founded by her family a decade ago, which organizes tours to North Korea. As its CEO and occasional tour leader, the 33-year-old Lee helps curious individuals see what life is like north of the 38th parallel on the divided Korean peninsula.
Although widely perceived as a sealed-off nation closed to foreign tourists, North Korea permits group and even private travel by citizens of any country other than South Korea who book through a tourism partner-provider. While the U.S. Department of State strongly recommends against travel by U.S. citizens to the Democratic People’s Republic of Korea, as the country is officially known, there appears to be no adverse impact on Uri’s business. READ MORE