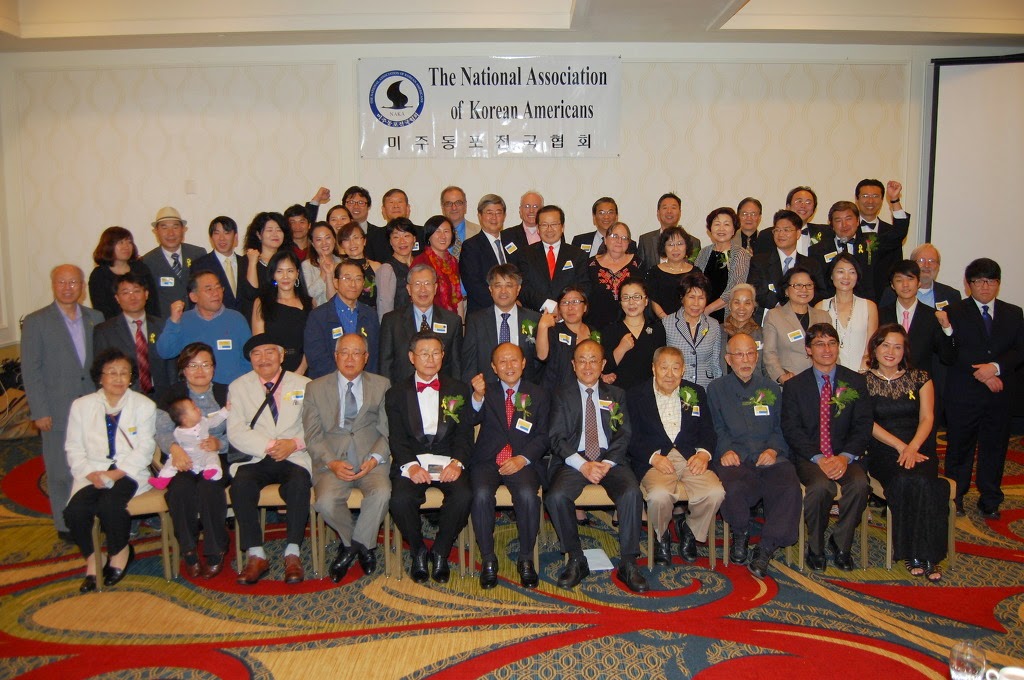 NAKA (The National Association of Korean Americans, Inc.) celebrated its twenty years of activities on October 25, 2014 at the Tysons Corner Marriott Hotel in Tysons Corner, Virginia. NAKA's dual purpose and activities on political empowerment of Korean Americans and promotion of peaceful settlement in the Korean Peninsula were highlighted and congratulated by distinguished guests, including Frank Jannuzi of the Mansfield Foundation and former South Korea's National Assembly member Lee Chang-Bok.

Major accomplishments of NAKA include the first-ever trilateral meeting (Korea Peace and Security Forum, July 20, 2004) of legislators from the U.S., South Korea and North Korea, at the U.S. Congress; and the New York Conference on Peace and Cooperation in Northeast Asia (March 7-9, 2012,  New York City), a Track II conference co-organized by NAKA, during  heightened tensions in the Korean Peninsula, with government and NGO representatives from the six-party talks nations – the U.S., China, Japan, Russia, South Korea, North Korea -- plus Mongolia and Germany, where then-Senator John Kerry and former Secretary of State Henry Kissinger made remarks.

Other activities include Asia Pacific Americans Candidates' Forum, voter registration drives and voter education; frequent Korea Peace Advocacy Day in the Congress; a part of Support 121 Coalition, promoting the passage of the US House Resolution 121 regarding the WW II "comfort women"/sexual slavery issue.

Labels: Activism, Korea Report News, Koreans in the US