Action for Peace in Korea on the Korean War Armistice Day 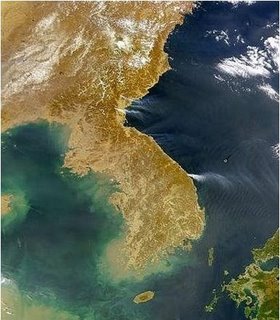 July 27 is the anniversary of the signing of the Korean War Armistice in 1953, supposedly a temporary measure towards signing of permanent peace treaty. Yet, after fifty-nine years, peace treaty has not been signed to officially end the Korean War, keeping the Korean Peninsula in a perpetual semi-war-like state of mutual distrust, military buildup and frequent confrontations.


Though there are many contentious issues that need to be resolved toward permanent peace settlement, one of the first logical steps is the signing of peace treaty. It is also a long overdue action to remove the archaic remnant and last vestige of the Cold War. As one of the signatories of the Korean War Armistice, the U.S. has an obligation to do its part towards this end.

The coming July 27th is also the date of the opening ceremony of the London Olympics. On this day that celebrates peace and solidarity of the Olympic spirit, please join friends and concerned citizens in a peace action calling for a lasting peace in Korea, including the conversion of the Korean War Armistice Agreement to peace treaty, as a step towards comprehensive peace settlement in the Korean Peninsula.
(Event info. Sponsors: National Association of Korean Americans, Sasase-Washington/Koreans for Peace)

I hope things would end good and according to plan.