A Call for Peaceful Settlement in Korea 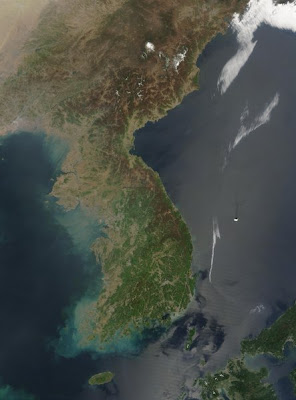 A precarious security situation in the Korean Peninsula continues as the tense military standoff between the two sides of Korea has not abated since the Yeonpyeong Island artillery incident. After the incident, South Korea went on a near-war mode as it revived civilian air raid drills (regularly-occuring drills that were cancelled during the past decade when inter-Korea relations were warmer), held live-fire artillery exercises in the disputed sea border area despite explicit warnings from North Korea, and engaged in massive joint naval military exercises with the U.S. as a show of force.

South Korea went further by talking with Japan on potential military cooperations, including a possibility of Japanese troops on the Korean soil, despite fierce opposition from Koreans weary with memories of historical Japanese military intrusions on Korea. China and Russia expressed their concerns on the U.S.'s massive show of force in the Northeast Asia and announced their own joint military exercises in the region, further escalating the situation and raising fears of renewed multi-nation arms race in the region.

Despite escalating tensions and war hysteria, both sides have gestured a need for a peaceful option, realizing unchecked escalation of military tensions would only lead to catastrophic war. North Korea opposed verbally at South Korea-U.S. maneuvers, but it did not retaliate further militarily, and called for unconditional talks with South Korea. South Korea, in a reversal, raised a possibility of the support of the revival of the six-nation talks aimed at North Korea's nuclear disarmament. Washington and Beijing, emphasizing cooperation (despite mutual distrust and competition) during the U.S.-China Summit, have called for improved inter-Korean relations and measures that would allow an early resumption of six-nation talks. A high-level inter-Korea military talks may materialize soon.

All these point to a negotiated settlement as the only viable option towards peace settlement in the Korean Peninsula -- all concerned parties need to work on it vigorously in 2011.