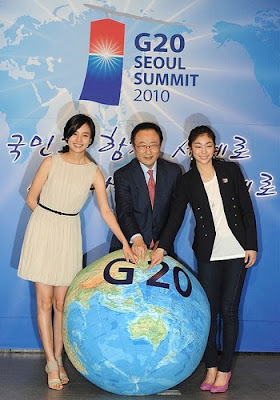 South Korea will be hosting G20 meeting next week, which is a testimony to its rise as an economic powerhouse, yet another remarkable phenomenon of democratization in South Korea is being tainted with renewed political repression and curtailment of dissenting opinions by the current Lee Myung-bak administration. High security and mobilization of police force are understandable for this kind of high-profile events, but the government is overtly suppressing the voices of non-governmental organizations and concerned citizens -- both domestic and foreign -- who may have different views on global economical issues. The government went so far as disallowing Filipino NGO representatives to attend an NGO event in Seoul -- such a rash action is not a sign of a mature democracy.