Another Standoff in the Korean Peninsula Peace/Security Issue 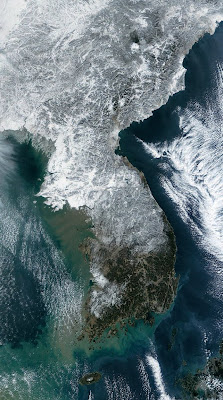 Looks like another standoff in the peace/security issue in the Korean Peninsula: North Korea demanded the lifting of sanctions and proposed a negotiation for a peace treaty to officially end the Korean War as prerequisites for rejoining the six-party talks on nuclear disarment, for which the U.S. and allies rejected, countering that North Korea should participate in the six-party talks first. All these issues have been aired before, but the parties still cannot agree on the format and approach towards meaningful resolution.

The National Campaign to End the Korean War (based in North America) issued the following statement (on Jan. 12, 2010 in New York) in response to these developments:

“The Obama administration’s rejection of North Korea’s call for peace sends an alarming message to the most militarized regions in the world. It signals that the White House is unwilling to end a rare opportunity to finally end 60 years of confrontation and hostility. On July 27, 1953, the Korean War was halted by an armistice signed by North Korea and the United States with a promise within months to negotiate a permanent peace treaty. This peace treaty has yet to be realized.

“Washington’s reliance upon the six-party talks as a viable diplomatic step towards ending the Korean War is out of step with its original promise for directly engaging North Korea. ‘Ad-hoc arrangements like the six-party talks’ described by the Obama administration cannot leverage peace on the Korean peninsula. The ultimate responsibility for formally ending the Korean War with a permanent peace treaty exclusively falls upon the United States and North Korea. Direct talks and a peace treaty will position President Obama and Asian leaders to achieve nuclear disarmament on the Korean peninsula and region.

“We urge the Obama Administration to stand by its commitment to directly engage North Korea and to find a bilateral solution to this longstanding war. Now more than ever, the White House can finally bring peace to the millions who have suffered from this conflict.”

We were taking some time today browsing some information for our blog. As we were searching for news and resources, we landed in your site. We were happy to see your links page containing resources of relevant categories. We would be glad if you could provide us a link.

Our webpage includes information about daily news. We update our site on an everyday basis to provide our viewers quality information. If you provide us a link in your site, it will be benefiting your end users as well as us.

Here is our link information

I request you to add our link to your site. If you have any questions

Please feel free to email us and we will respond promptly.
megaanaustin@gmail.com