For a group of Korean Americans from the Washington, DC area visiting homeland Korea this summer, it was an eventful trip. 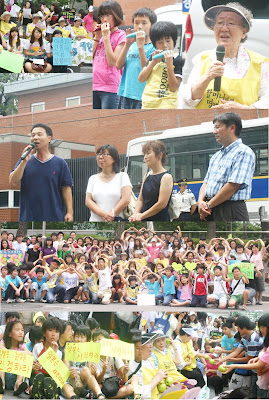 The group participated, along with a Korean Australian, in the "Wednesday Demonstration" in front of the Japanese embassy in Seoul, where former "comfort women" and supporters have been demonstrating evey Wednesday, rain or shine, for the past 18 years to demand an apology from the Japanese government for the WW II military sex slave system. For all the 18 years however, not a single Japanese embassy official has come out and acknowledged the protesters. Simultaneous demonstrations took place in Washington DC, Sidney, and other cities. 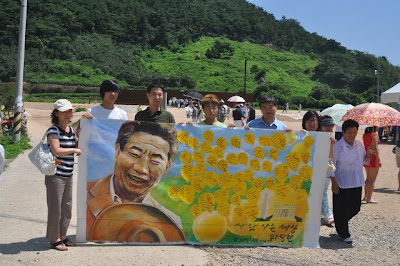 At Bongha, hometown and resting place of the late president Roh Moo Hyun in the South Kyungsang Province, the group presented a handmade memorial mural from the DC area group that was formed in the wake of Roh's death. 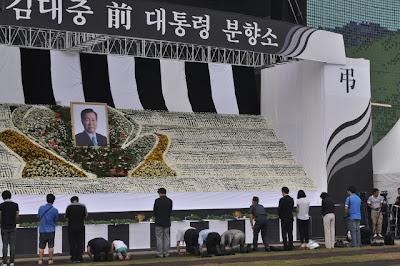 Another former president and the key promoter of inter-Korea exchanges and reconciliation, Kim Dae Jung, passed away while the group was in Korea. The group paid respects at the memorial place set up in Seoul.