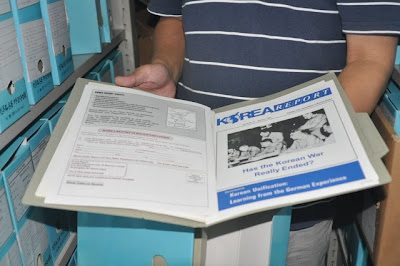 Found: Old print version of Korea Report (published in the 1980s to 1990s in Washington, DC) in the archives of Korea Democracy Foundation in Seoul that houses and chronicles resources from South Korea's democratization period. The inclusion of materials from outside Korea in the archives is a recognition of efforts by overseas Koreans who strongly supported and promoted South Korea's democratization efforts.