Inter-Korea Joint Venture and Profit Transfer Amidst Tensions in Korea 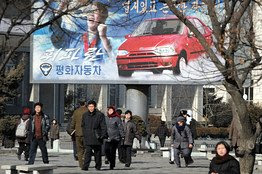 [Photo shows an advertisement for Pyeonghwa automobile sold in Pyongyang.]