Korea and Japan in the World Baseball Classic Final 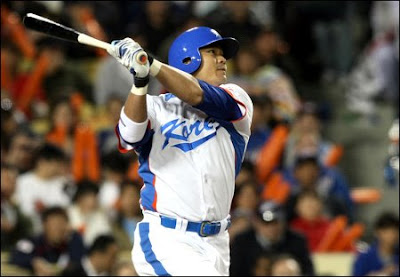 Team Korea and Team Japan played magnificently for the championship title of the World Baseball Classic in Los Angeles yesterday. It was a classic baseball game that ended after cliffhanger late innings. Japan reclaimed the championship, but the Korea team came in strong as a viable contender. The two perennial sports rivals played the final game in the land that created baseball. Just as American basketball teams, once invincible, lost out on their own game to European teams in international competitions, American baseball teams are losing to East Asian teams, which may not have strong homerun power but possess strong strategies, skills and teamwork, backed up by strong popular support for national teams.