Call to Action by the Asia-Pacific Freeze Campaign 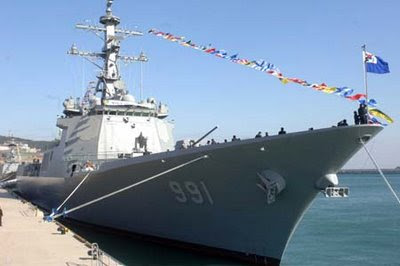 Followup to KR posting: Beyond the Six Party Talks: The Need to Stop the New Arms Race in Asia?

The Asia-Pacific Freeze Campaign: A Call for a Safer, Greener Future

With multiple crises affecting our world – global economy, climate change, resource depletion – we must urgently redirect the hundreds of billions of dollars spent on preparing for war. The United States, Russia, China, Japan, South Korea, and North Korea spent about $970 billion in 2008 on the military. That figure, alarmingly, is on the rise. For about one-tenth of this near-trillion dollar amount – about $90 billion a year – we can achieve more genuine security by eliminating global starvation and malnutrition, educating every child on earth, making clean water and sanitation accessible for all, and reversing the global spread of AIDS and malaria.

With the Asia-Pacific Freeze campaign, we the people of this region call on our governments to freeze military spending and then reduce these budgets on an equitable basis. The savings must be put toward achieving genuine security and a sustainable economy for the future of our planet. See the complete Call to Action.
_________

The photo above shows the King Sejong, South Korea's first Aegis destroyer, as seen in Busan Naval Base on Dec. 22, 2008, which signifies South Korea's move to develop a blue water navy. This military modernization and arms buildup, along with buildup in Northeast Asia/Pacific regions by Japan, Russia, China, and the US suggest a new arms race, which makes the Asia-Pacific Freeze Campaign timely and relevant.