Time to Defuse Tensions in the Korean Peninsula -- Again 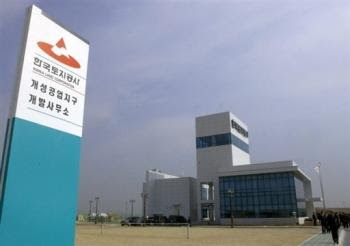 Tensions are rising again in the Korean Peninsula. North Korea test-fired short-range missiles, a day after expelling South Korean officials from the Kaesong joint industrial complex. Although some Western media reported that South Korean managers were asked to leave, those expelled were actually the staff of the South Korean ministry of unification, which had maintained an office [photo] in the Kaesong complex to facilitate inter-Korean economic exchanges. The business will go on at the Kaesong complex, but official government-level contacts will be curtailed.

Pyongyang's actions seem to be reactions to the Lee Myong-bak administration's recent statements on tying South Korea's humanitarian aid to North Korea and inter-Korean trade to the return of South Korean prisoners in North Korea, the human rights issue, and the resolution of the nuclear disarmament issue. Moreover, General Kim Tae-young, a nominee for the chairman of the joint chiefs of staff, said provocatively about the plans of "pre-emptive strike" against North Korean nuclear facilities.

These ominous events and downturn in inter-Korean relations come when the six-party process on nuclear disarmament and normalization of relations itself is deadlocked over implementations. We have seen in the past of dangerous turn of events that spiral into crisis. At this juncture, all parties should keep cool heads, refrain from escalating the situation, and find ways to work out the differences.