The Oldest Photograph of Koreans 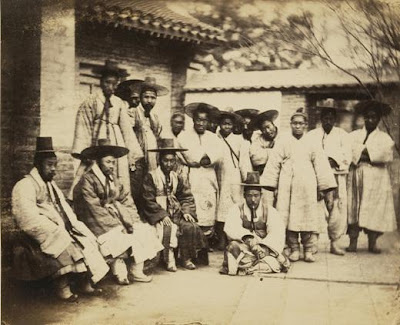 This photograph is said to be one of six oldest existing photographs of Koreans. They were taken in 1863 when emissaries from the Joseon dynasty visited China (Qing Dynasty). Perhaps indicative of Korea's diplomatic entanglements with the great powers at the time, these photographs were taken by a Russian photographer at the Russian consulate compounds, and were collected by an English missionary who took them to England, where they are currently kept.